EBTC was the local liaison for a co-funded programme by the Dutch Government and the private sector, called ‘Partners in International Business’ (PIB) in the field of sports infrastructure. The programme was from 2015 – 2018 and involved both multinationals such as Philips Lighting, Amsterdam Arena, Ten Cate Grass, but also SME’s and the Royal Dutch Football Association. The programme was designed to give the involved companies more insight in the Indian market conditions, to interact with relevant local stakeholders (Central Government, State Governments, Municipalities, Development Authorities, MNC’s, NGO’s, Sports federations, etc), identify where the demands lie in India and this input resulted in a pilot concept called ‘the Colourfield’. 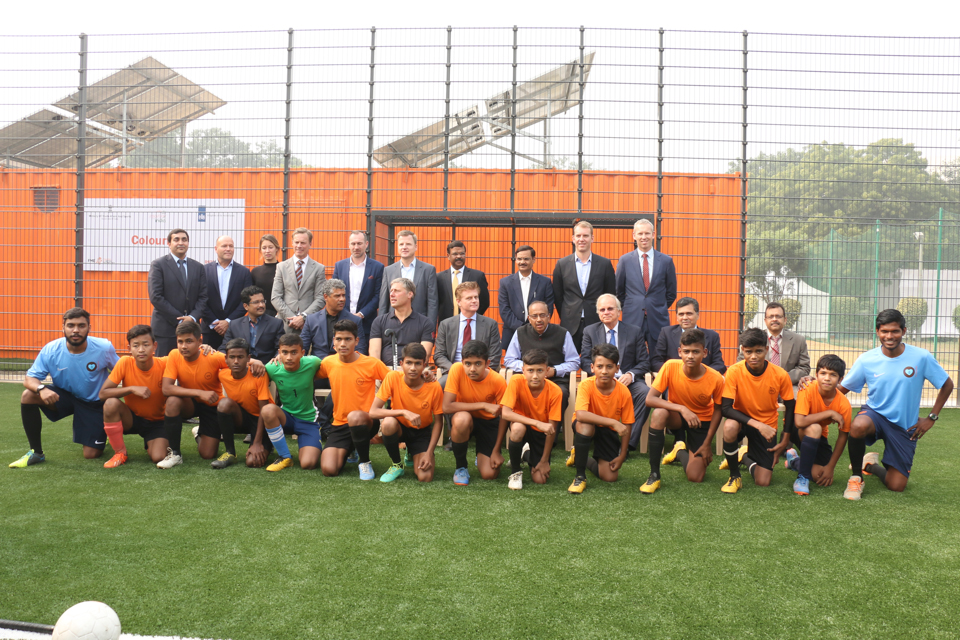 Caption: A 20x40m multifunctional, astro turf pitch, with a fence, solar lighting, rain water harvesting, filtration system for drinking water, coaching programme on football & life skills. The hardware comes in a container and this can also be utilized for a girl’s toilet, classroom, juice bar, etc.

The multi-stakeholder product resulting from this unique concept can be funded through CSR, government schemes and private sector which will allow for sports to be accessible to everyone in a safe, clean and green environment.