Europe Day is celebrated in honour of the Schuman Declaration that brought peace between warring European nations. Over the years, this landmark declaration has paved the way for thriving trade not only among European countries but between Europe and other countries of the world. What we call the European Union today was in spirit, birthed and envisioned on this day in 1950. Given the effects of the Schuman declaration, 9th May has been observed as a reminder of peace and unity in Europe since 1985.


Leading up to Europe Day, the Hon’ble Prime Minister of India, Narendra Modi’s visit to Denmark, Germany and France was in-line with the spirit of this day and is testimony to how trade relations between India and Europe have evolved. The increasing bilateral trade and investments in sustainability, technology, renewable energy and innovation are at the core of this relation.

In Berlin, PM Modi met with Chancellor Olaf Scholz, to discuss Indo-German policies related to green technology. This was an important conversation in light of Germany’s new willingness to engage with India. We spoke to Bernd Mützelberg, the Former Ambassador of the Federal Republic of Germany to India about the meeting between PM Modi and Chancellor Scholz, he says, 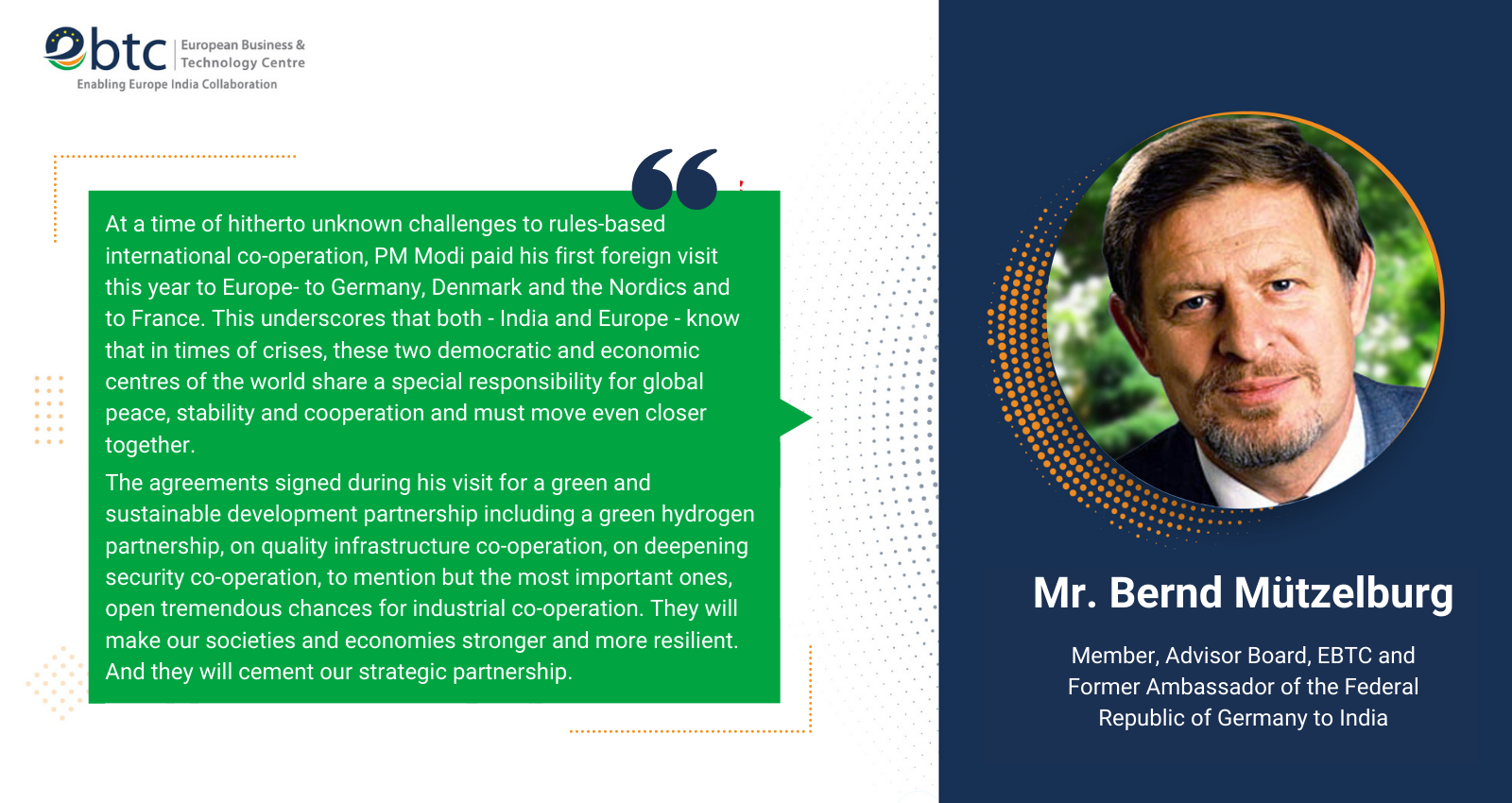 PM Modi’s visit to Europe comes on the heels of the recent announcement of the EU-India Trade and Technology Council (EU-India TTC) in April 2022 during the visit of the President of the European Commission, Ursula von der Leyen in New Delhi. We spoke with Arnaldo Abruzzini, Former Secretary General and CEO of EUROCHAMBRES, he says, 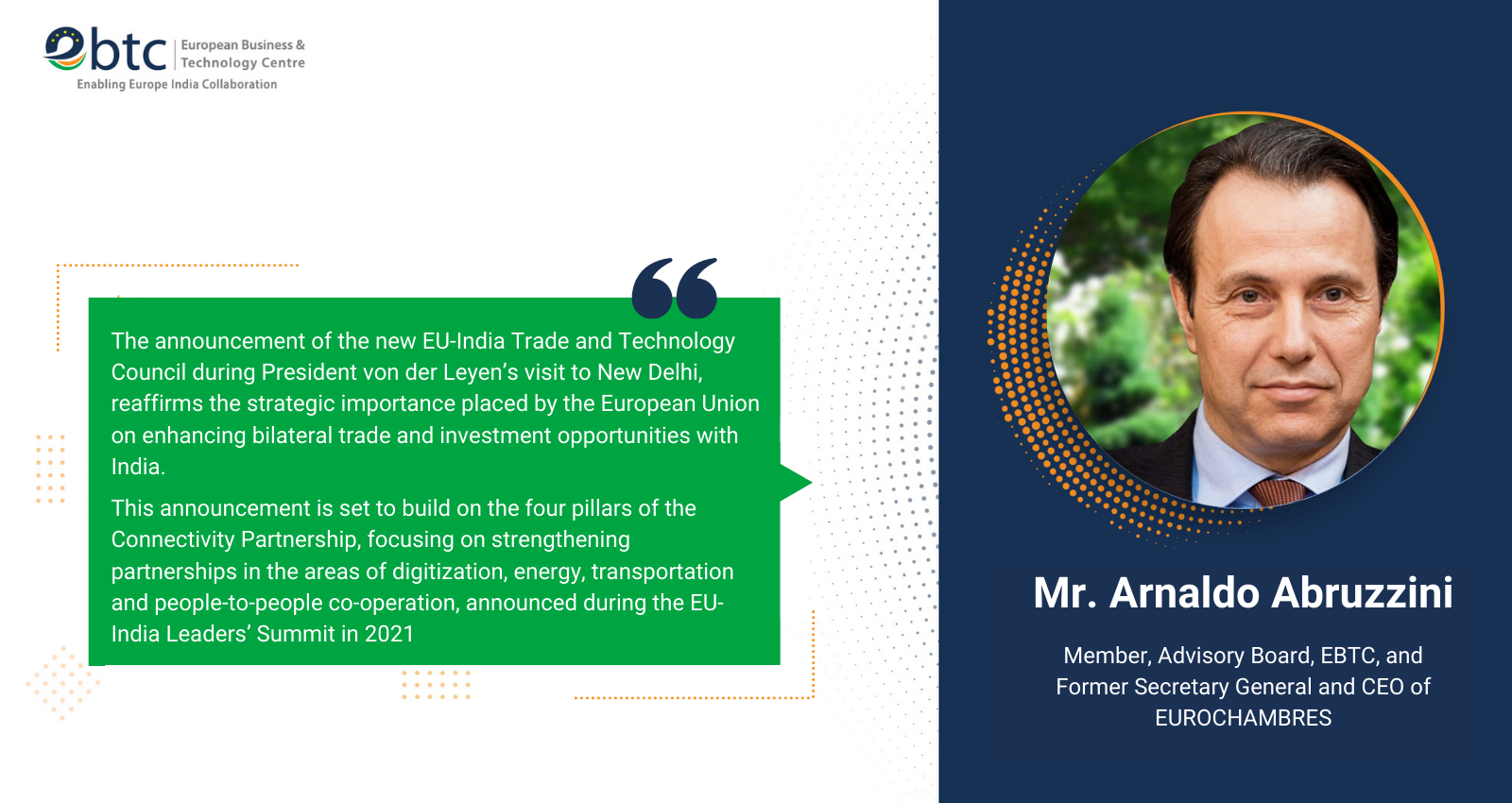 As aptly stated, the announcement of the Euro-India Trade and Technology Council along with PM Modi’s visit to Europe and the progress on bilateral business co-operation makes Europe Day a celebration for not only Europeans but also those in trade with European businesses, making it relevant beyond borders.